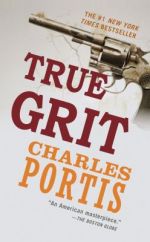 The book, True Grit [Bulk, Wholesale, Quantity] ISBN# 9781468306293 in Mass Market Paperback by Portis, Charles may be ordered in bulk quantities. Minimum starts at 25 copies. Availability based on publisher status and quantity being ordered.
Product Detail
Login/Create an Account With
Login with Facebook
Login with Google
Login with Amazon