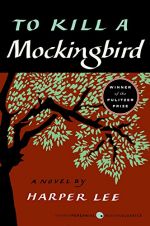 This American novel tells the story of Scout, Jem and Atticus Finch in Maycomb, Alabama. After Atticus Finch is appointed to defend Tom Robinson, the black man charged with raping a young white woman, Mayella Ewell, the Finch’s lives change forever as the court case shakes the very roots of small Southern town.

In this deeply compelling and dramatic novel, Lee confronts the social issues she personally witnessed as a child in Monroeville, Alabama, her hometown. She brings to light issues of race, class, justice and equality.

The book, To Kill a Mockingbird ( 50th Anniversary ) [Bulk, Wholesale, Quantity] ISBN# 9780060935467 in Paperback by Lee, Harper may be ordered in bulk quantities. Minimum starts at 25 copies. Availability based on publisher status and quantity being ordered.
Product Detail
Login/Create an Account With
Login with Facebook
Login with Google
Login with Amazon