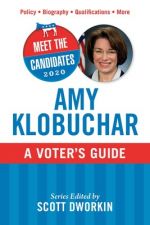 by Grant Stern , Scott Dworkin
ISBN 9781510750289
List Price $9.99 Priced from $4.90 - $6.09
$9.99
In stock
SKU
9781510750289
Fresh off a memorable exchange at the Kavanaugh hearings, the senator from Minnesota is trying to bring pragmatism back to the White House. But is that what wins elections—especially versus Donald Trump?
Paperback
This product qualifies for FREE US Ground Shipping on orders over $100.
Price Chart

The book, Meet the Candidates 2020: Amy Klobuchar: A Voter's Guide ( Meet the Candidates ) [Bulk, Wholesale, Quantity] ISBN# 9781510750289 in Paperback by Grant Stern, Scott Dworkin may be ordered in bulk quantities. Minimum starts at 25 copies. Availability based on publisher status and quantity being ordered.
Product Detail
Login/Create an Account With
Login with Facebook
Login with Google
Login with Amazon