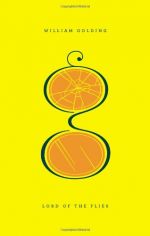 by William Golding
ISBN 9780143124290
List Price $25.00 Priced from $15.50 - $17.50
$25.00
In stock
SKU
9780143124290
From A to Z, the Penguin Drop Caps series collects 26 unique hardcovers—featuring cover art by Jessica Hische It all begins with a letter. Fall in love with Penguin Drop Caps, a new series of twenty-six collectible and hardcover editions, each with a type cover showcasing a gorgeously illustrated letter of the alphabet.
Mass Market Paperback
Hardcover
This product qualifies for FREE US Ground Shipping on orders over $100.
Price Chart

The book, Lord of the Flies (Penguin Drop Caps) [Bulk, Wholesale, Quantity] ISBN# 9780143124290 in Hardcover by Golding, William may be ordered in bulk quantities. Minimum starts at 25 copies. Availability based on publisher status and quantity being ordered.
Product Detail
Login/Create an Account With
Login with Facebook
Login with Google
Login with Amazon